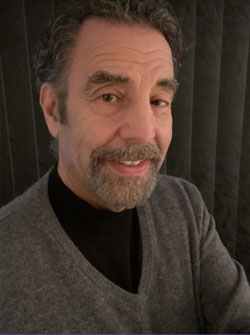 In 2004 he led the formation of Nanocomp Technologies growing it from 2 to 60 employees, in 60,000 ft² with three shift production; launching Miralon® products...described by industry leaders as "a new form of carbon unlike anything else on the planet"...that radically reduced weight in composites, stopped bullets, enhanced conductivity, and saved energy. Miralon radiation shielding is in orbit around Jupiter protecting the billion dollar NASA spacecraft JUNO. Nanocomp was acquired by Hunstman Corporation, a Fortune 500 company in February of 2018.

Following the acquisition, Peter has been a consultant to advanced materials and life sciences companies helping develop business, raise capital, and secure government contracts. He is currently the CEO of start-up Xibus Systems commercializing testing solutions, based on breakthrough bio-fluorescence technology developed at MIT, that identifies pathogens and spoilage organisms for the multibillion dollar food and beverage environmental testing market.

He has testified before Congress in support of SBIR research funding and was featured in the Boston Museum of Science television documentary "From Lab to Fab, Pioneers in Nano-Manufacturing".

Peter is an inventor on seven US patents and held a Top Secret Security clearance.
© Emergence Tech Advisory Group
Designed by The Chalifour Design Group, LLC